If you've ordered the Pearl Jam poster the shipping will be combined with your order.

Watch out for ebay flippers!

Printed using a special metallic ink combo, this print actually changes as you walk around it for an optical illusion that’s not to be missed!

Check out this quick TUMBLR video to see how the print changes depending on what angle you're viewing it. 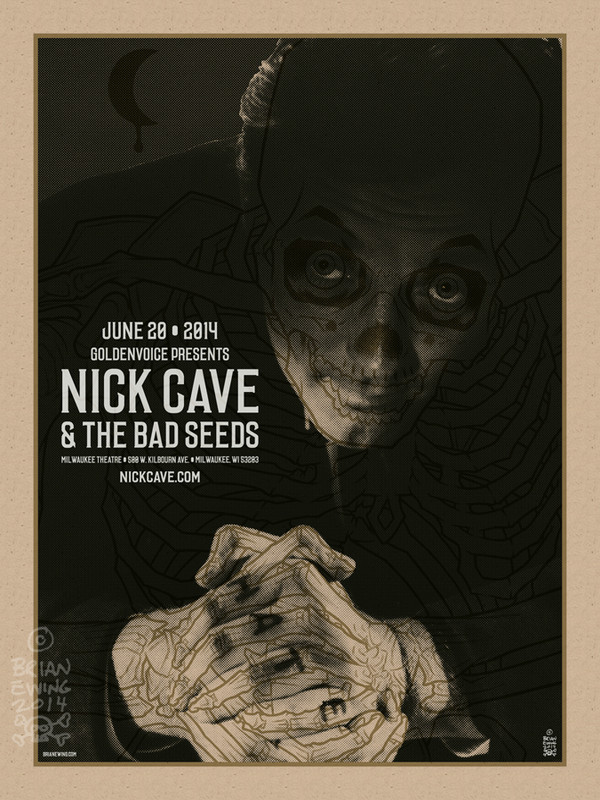 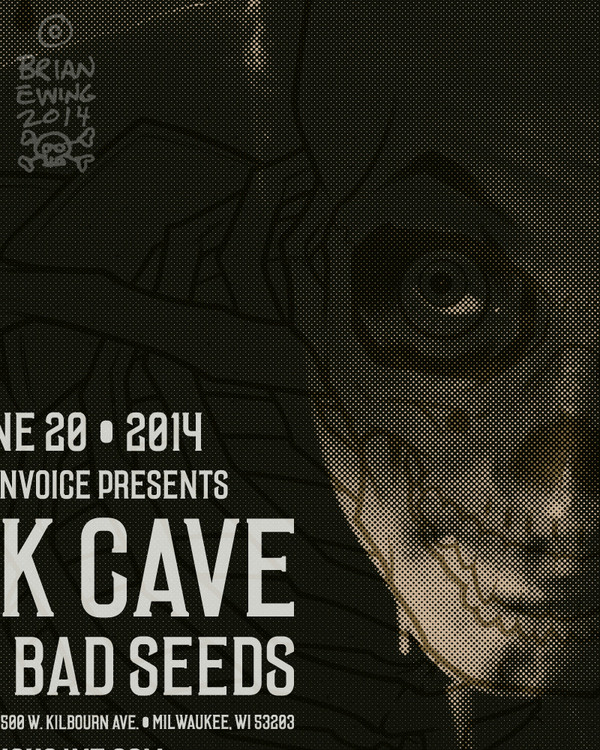 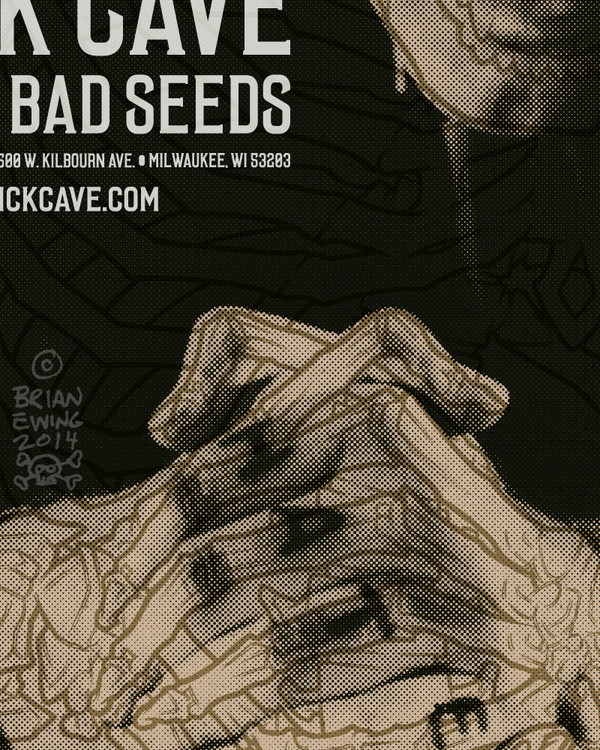 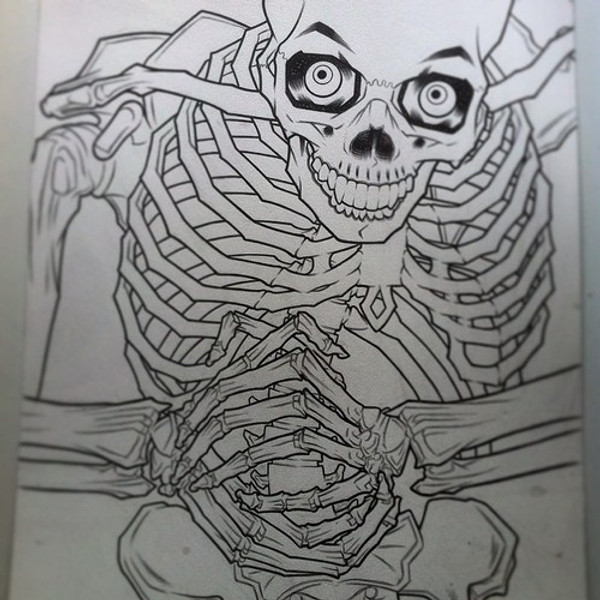 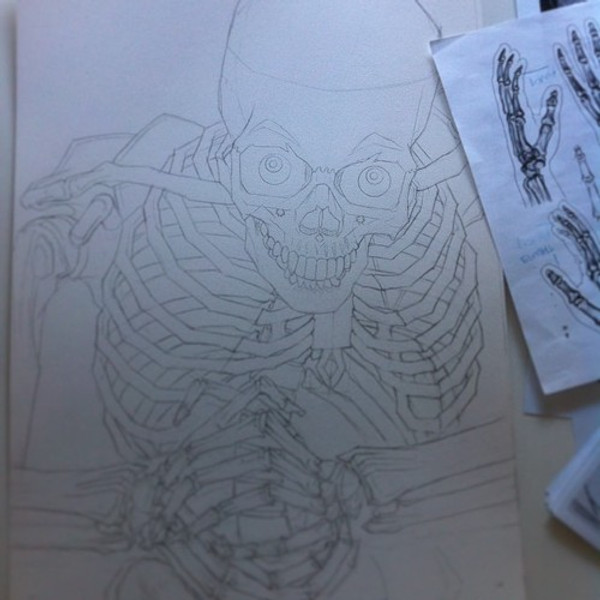 The Nick Cave print is amazing! The special metallic ink really makes the print special. I can wait to get it framed and on the wall.

I wasn't that familiar with Brian Ewing and his art. I thought it was all mainly horror movie prints. I bought the Pearl Jam / Charles Darwin print from the Amsterdam show last year which looks amazing in our living room in a stained ash frame so the Nick Cave one is getting the same treatment. Night Of The Hunter is a top movie from a great era and it really suits the imagery Nick Cave surveys in his lyrics. I don't think that will be the end for us though. Really fancy the Frankenstein too. Thanks for a great service!

Really fast shipping w/xtras in the tube (stickers and stuff). Hopefully Mr.Ewing can do something for the Nelsonville Music Festival, and or the upcoming Sleater Kinney shows.

Amazing poster, the only problem is that now I need more

I love Brian Ewing's art. I have his book but it's the first poster that I purchased. It came very well packed and sparkles confettis of skeletons, cobwebs, and bats when you open it. The visual is beautifully dark. It emphasis the strength and madness of Reverend Harry Powell played by Robert Mitchum in "The Night of the Hunter". It's perfect for the black poetry of Nick Cave and The Bad Seeds. It only makes me want to have some more :)

Love the Nick Cave poster. It's the second "special inks" treatment poster I have purchased from BrianEwing.com. Been a fan for years. Never disappointed and oftenly surprised with a few extra goodies thrown in the package. :)